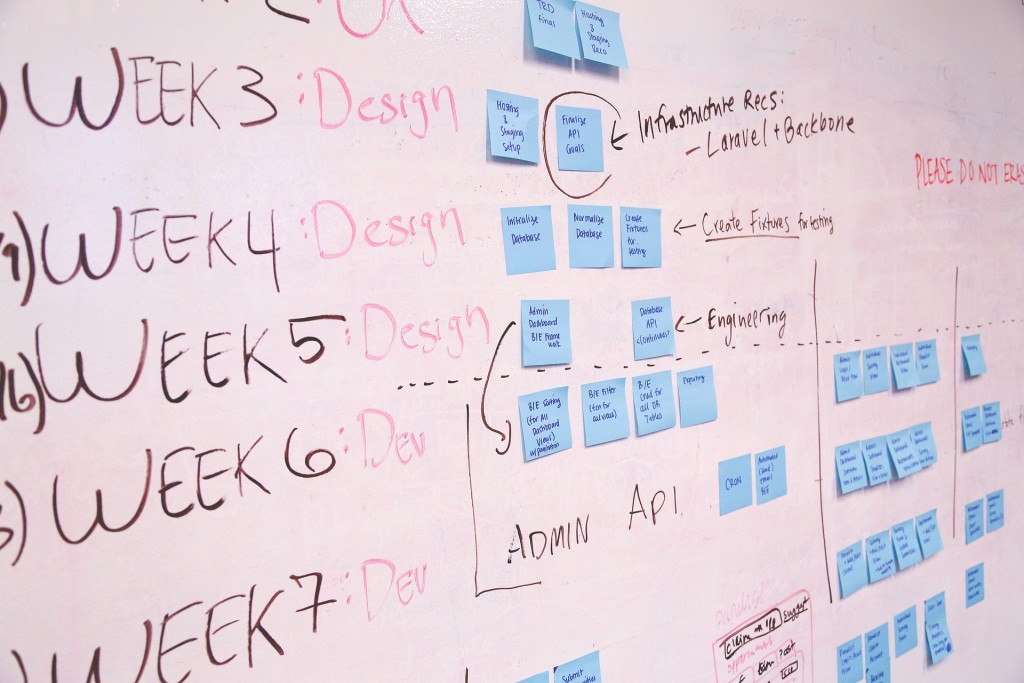 The word “pivot” is most commonly associated with sports, but in the startup world it is a word that is all so common but for different reasons.  Most startup professionals associate the “pivot” as a buzzword that is risky and scary.

The term was originally coined by New York Times best-selling author Eric Ries in his article “Pivot, Don’t Jump to a New Vision”, describing it as “the idea that successful startups change directions but stay grounded in what they’ve learned. They keep one foot in the past and place one foot in a new possible future”.

The Winds of Change

Ok, you’ve decided to pivot but it needs to be done in the right time; when is the right time to change or pivot your idea into a new direction? Take action when your original vision is not working and you are about to choose between sink or swim; or it can just be a simple adjustment to get additional growth.

We have all heard the startup failure stories of how a startup change its vision and fell flat on its back. However, there are also many successful ones too because they made a careful and calculated pivot.

Reasons to Make a Pivot

As mentioned above, just because you are considering to pivot your product, it doesn’t mean you have to throw out everything that you built like Odeo did before they became the giants that we know today as Twitter.

There are many pivots, from small ones to complete makeovers of your startup. Let’s take a look at 6 different reasons you would make a pivot:

The Zoom-in pivot happens when something that was once a feature becomes your whole product.  By doing this you are able to clear-in your product or service objective and have a focused product.

When you make a zoom-out pivot, it is just the opposite; it is when you realize that your product does not meet the customer needs’ and you make it into one feature out of others.

These days, especially in the startup world new changes to old quickly; and that includes technology.  Startups making a technology pivot may find a new way to achieve the same solution as before but with different technology. The new technology may yield some advantages such as efficiency, better price point, and more intuitive for users.

This a change in how the monetization and revenue model used to work.  This can have a massive effect on your marketing efforts, how users engage with your product, and essentially your business model as a whole.

Many times due to feedback, market research, and A/B testing you are forced to change your approach to the customer problem.  This could mean a small change or even developing a completely new product to make yourself relevant to their problem.

Sometimes startups may find their sales strategy can be costly, financially and in terms of time.  Direct sales can be extremely expensive but some startups may find it necessary because their product is complex.  But if it does not work through direct sales they are forced to try other methods like using distribution channels or an e-commerce platform.

Some companies are forced to adapt to factors which they can’t control.  Sometimes, it can be a major overhaul, just like when startup Odeo turned into now sensation Twitter. Other times, it can be a small change and use one of the pivots mentioned above to separate yourself from your competition.

What to focus on When Making Any Pivot

To make any change is not magic and doing it without research would be considered a rash decision.  There are obvious but fundamental things to focus on while and/or before making any pivot.  The three most basic and important are:

Listening to Your Customer

The most important question that any CEO must ask while developing any idea is what if their idea solves a customer problem.  Surprisingly, many young entrepreneurs seem to forget this fundamental question and their company fails.

If your startup is already up and running but your ROI is low, see what customers have to say.  Whether you like it or not, customers define the problem to which we must adapt to.

Just because you are making a pivot doesn’t mean it needs to be complicated.  We have all seen in this day and age that simplicity can definitely go a lot farther than complexity.

Instagram figured this out when it was originally an app with many features but then decided to only focus on photos. Others examples like this are Flickr and Meerkat which made a complex idea and a simple one.

Critique Your New Idea For Change

This maybe the most crucial out of all three which is always making sure that before making a pivot to cover all loose ends.  Your new solution may be a great idea, but it is very important to think scientifically about “what if” questions. This can include A/B testing, customer interviews, or test campaigns to see what works and what doesn’t.

Pivoting can be intimidating at first, but hugely rewarding and definitely becomes easier to manage over time. Remember, just because you are pivoting a strategy, does not mean you are flipping the whole startup or doing something wrong.  Most of the time it is a small change that can make a massive difference resulting in success.

This was co-written by Stephen Abitbol, the digital marketing and blogging intern at Gossip Media and Discovering Coffee in Tel Aviv, Israel.  Stephen is currently working on learning the ropes of how startups really work and how to make an idea into a reality.